I made it to Istanbul.

In even more exciting news – I have now made it out of my 14-day “self-isolation” unscathed and without COVID, so we are now free (sort of) to explore.

We still have to wear a mask everywhere we go in public (or risk a 900TL (Turkish Lira) – approximately $130 – fine), but that didn’t stop us from taking full advantage of a long weekend.

My first impressions of Istanbul were definitely tainted by our new reality – the airport was basically empty when I arrived, and B and C were not allowed to pick me up, so a Consulate driver took me straight to our residence with no sight-seeing detours (we detoured to see kangaroos when we arrived in Canberra!), and I then spent the next two weeks enjoying the view from our balcony (which, while lovely, mostly overlooks other apartments).

But since our “escape” from the balcony, we have taken full advantage of starting the process of exploring this amazing city. By Sunday morning it was clear to me that there is no way 3 years will be enough time to do Istanbul justice, but we’ll do our best to get to as many places as we can – both in the city – and throughout Turkey.

On Saturday morning we met up with a couple of Consulate folks and headed down to an area called Dolapdere in search of a butcher.

Now, there are a LOT of butchers in Istanbul. Just in the little area near us, we pass one or two “kasaps” (butchers) every block or two – so why travel 20 minutes by taxi to visit a butcher?

Because, according to an article B read, this is the last butcher in Istanbul who sells pork. In many respects, it is not hugely obvious that we are living in a Muslim country – Istanbul in particular is pretty secular, but pork is still not easy to come by, so, for us, a butcher shop with a possible bacon connection was worth the drive.

We ended up buying a couple of pork chops, some prosciutto – and, of course, some bacon. We had BLTs for dinner last night – and the bacon did not disappoint. We’ll try the pork chops later this week and see how that goes, but I have high hopes.  In the meantime, I also just placed an order with an online pork store called IstHAMbul (ha!) – and hopefully in the next couple of days we’ll have more bacon, some chorizo and some pork loin to test. Notwithstanding the ease of ordering online though, I enjoyed visiting the local store and patronizing this “last pork store standing.”

After leaving Dolapdere, we wandered into Beyoğlu – one of the more touristy areas of Istanbul – and meandered along cobblestone streets checking out the mix of traditional places (carts selling roasted chestnuts, made-to-order fruit juice or simit (basically a Turkish bagel)) and modern stores (H&M, Pandora, Shake Shack). It’s an eclectic area and I am looking forward to going back – for more wandering and some shopping – soon. 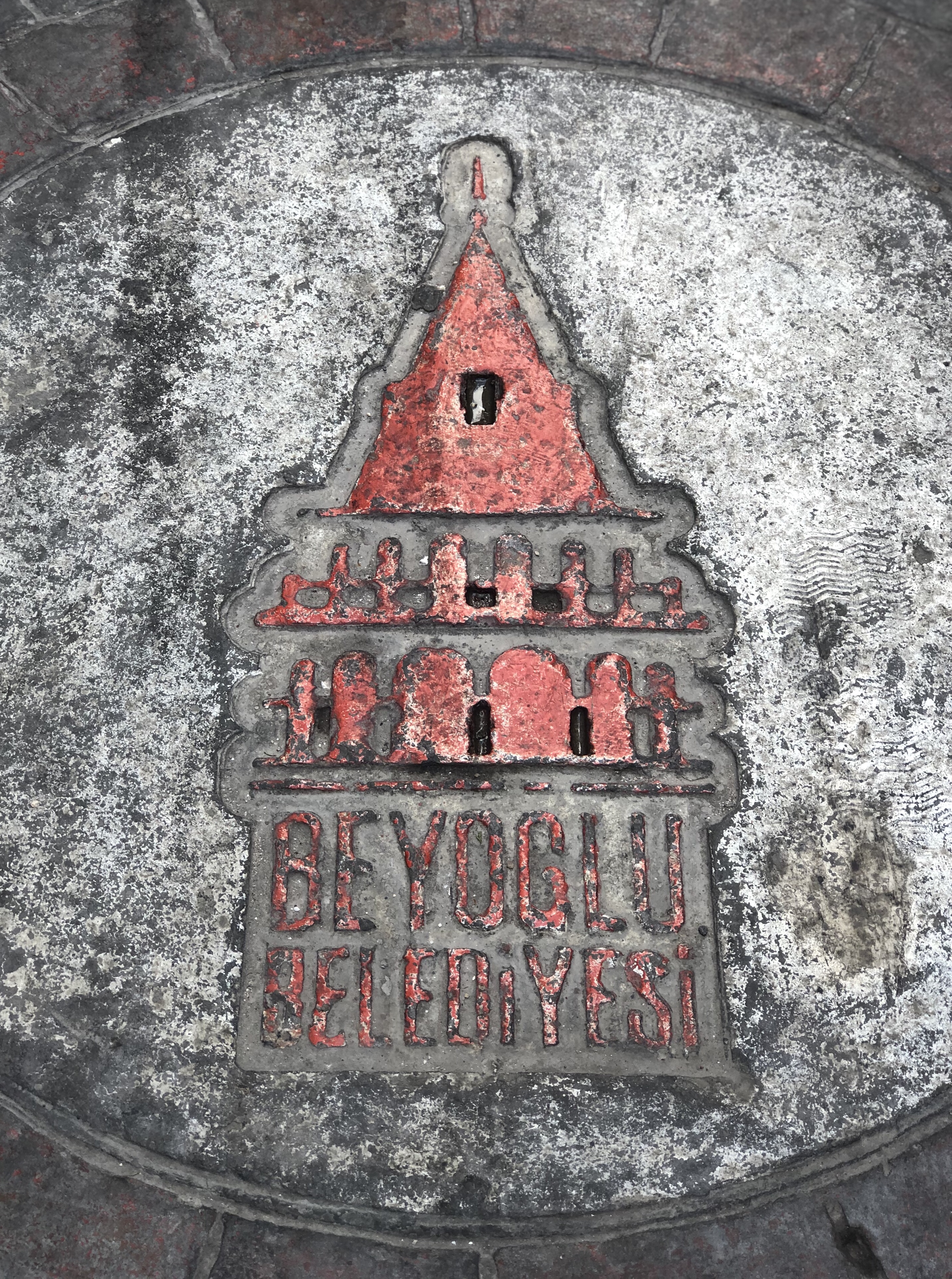 We also got sucked into a little antique shop on a side road and squeezed our way through tables full of silver, old Edison phonographs, and several huge gold colored busts of Ataturk. Our new friends also introduced us to a couple of art stores – where B and I conceded that our plan to *not* buy more art will likely soon be out the window.

Finally, we ended up at a restaurant called Anemon Galata that was on the 5th floor of a boutique hotel and overlooked the Golden Horn of the Bosphorus on one side, and the Galata Tower (built in 1348 – more about some of the historical things later) on the other. It was amazing to walk out and see views that are quintessential Istanbul – and the food was great too.

On Sunday we joined a group of new friends and went out into the Bosphorus on a yacht. We had a huge Turkish “kahvalti” (breakfast) and then just enjoyed the breeze, the views and – for some of us – the water. It was magical.

So it turns out I probably won’t have a problem finding things to write about during our tour in Turkey. My bigger problem may be finding the time to write in between all our exploring. Next weekend we hope to check out Taksim Square – and the Grand Bazaar (and some carpets!) – but in the meantime, we’ll enjoy the breeze from the balcony and work on planning our next “escape.”