Congo won today. I put in a good effort, but I came out on the losing end. On occasion I do win, but, frankly, not that often. 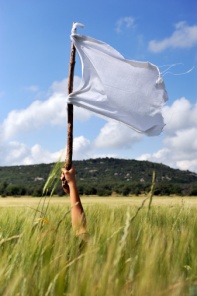 Today, my final defeat and concession to the Congo came as I stubbed my toe on the doorstop in our pantry. It’s a heavy, metal doorstop, shaped like a seal, that is necessary because otherwise the door closes and you are trapped, usually carrying something heavy, with no way to open the door from the inside. The doorstop incident was really just a small battle in my overall day, but it is where I mentally lost the war.

My epic battle today came at the grocery store. Although Shoprite has, on many occasions, been my savior from boredom, today it picked me up and slapped me silly with Congo-ness.

We are having people over for dinner and, like I normally do, I had a general menu plan in mind: roast pork with rosemary and garlic rub, scalloped potatoes and glazed carrots. Seems simple enough right? I’d already discarded dozens of potential recipes because I knew – 100% – that I would not be able to find (or, if found, afford) the necessary ingredients. So I went happily to Shoprite expecting to be able to find the pretty basic things I needed.

I started in the produce section because that is the first place I walk past. Rosemary? Nope. Ok, next plan. I opened Google on my phone and found a new recipe: Pork with sage and greens.

Ok. Sage? Hmmm…well, there was one packet of sage, but it was kind of brown and mouldy. However, since it looked like maybe I could salvage a couple of leaves I went for it. Next stop: greens. There were probably a dozen or more bags of baby spinach, but they were all horrifying in their level of decay. I could feel the tears starting to rise as I rifled through the bags and determined there wasn’t a single one that I could serve to guests – even cooked. Ok. Fine. What else was there? Broccoli? Nope, brown and $15/head. Since I was serving 8 people I needed more than I was willing to buy given its appearance. Cauliflower? Nope, brown and $12/head. Asparagus? $12 for about 10 spears. Nope. Cabbage? It looked better than anything else, so cabbage got the nod.

Then I moved on to the pork… I had to walk along the meat aisle and so it gave me a chance to assess my other options. Goat? Not so much. Pork belly? Normally, not a bad choice, but it’s not a “quick” dinner options and beside there was only about a pound of it, not enough for 8 people. Lamb parts (unidentified, but no parts I am familiar with)? Uh…negative. Steak? It’s good stuff, but I wasn’t up for lugging out the grill, breaking up charcoal and getting it going. So I arrived at the place where the pork tenderloin and roast is normally kept and found three pitiful ¼ lb tenderloins displaying suspicious black marks, and no roast. I just stood there and stared for a while.

Cursing myself for believing I could pull off a last minute dinner here, and cursing B for suggesting we expand the group beyond the one person I had originally invited (and conveniently forgetting my happy agreement to this plan), I sidled along to the butcher counter to see if there were better options. There I found chicken gizzards (YUM, right?), ground beef and chicken breasts – one of which had a dead fly in the middle of it. Seriously. I went with the chicken breast – minus the dead fly (I carefully instructed the woman at the counter which pieces I wanted, thereby avoiding the dead fly piece even though she had, by then, removed the fly).

After all that, when I returned home and stubbed my toe I lost it for a little while, screaming my frustration to Miller and the empty house.

Sometimes around here that really is the only option.

But, as it turns out the party was actually very nice. We pulled out a good bottle of wine we had brought back from Cape Town, and the homemade ice cream I made yesterday. I made a cream leek sauce to go on the chicken and I sautéed the cabbage and carrots in butter (a fool proof option even in the Congo) and I made the scalloped potatoes as planned. The company was wonderful, we all had a great time, and the wine and dessert were delish.

So, as it turns out, maybe Congo didn’t win today after all.

But, as Scarlett O’Hara says, “Tomorrow is another day.”

Sunset over the Congo River…waiting for another day.