So here I sit watching C and a friend swim.  I have allowed them an hour before I need to return to the house and get busy with the long list of “to dos” I set for myself on my one day “off” a week.

I’m only supposed to be working 20 hours a week, but that usually turns into 25 or 27…or more. I’m finally living the warning I gave to young associates for many years who wanted to work less: part time is never really part time. It is too easy to get pulled into a project and not leave early, or to come in early because B is already going in that direction. I have no one but myself to blame for this, but the result is that I can never seem to finish all the “projects” I have around the house – not the least of which is writing blog posts.
Just thinking about starting the packing and pack-out process again in a few months is another blood pressure raising train of thought; so in this too I am making like an ostrich and ignoring the ever approaching reality of PCS (permanent change of station) season.

Added to the job is the pressure I am starting to feel to see and do as much as possible in our last five months, and so I accept every invitation for fear of missing out on something fabulous. The result, unfortunately, is a very frustrated feeling of never quite getting everything accomplished that I want.

I’ve started writing a blog post half a dozen (or more) times in the last couple of months, but I haven’t been able to focus enough to get one finished. I’ve also struggled with my posts turning into rants. I really wanted to write about my job, but somehow the frustrations I feel seem to make their way to my fingers instead of the joyful and interesting parts of the work. So, sorry folks, if you want to know about my job in the Economic Section of the Embassy you will have to wait – probably until I am no longer in it so I can appreciate it from afar!

After our “OD” (Ordered Departure) in October, things in DRC remained on high alert, but we still managed to get out and about and enjoyed plenty of time with our friends. It all started with Octoberfest which just so happened to fall on my birthday this year (and the birthday of one of our best friends in Kin) – so a beery good time was had by all. 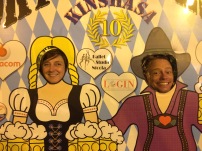 At the end of the evening…

Yes, people make lederhosen out of the local fabrics…

Mere days later we got dressed up (or at least C did) and headed to the Embassy’s Halloween Trunk or Treat. It was hot, but we had a blast. Next time I’m hoping the jello “shots” are for the grown-ups though… 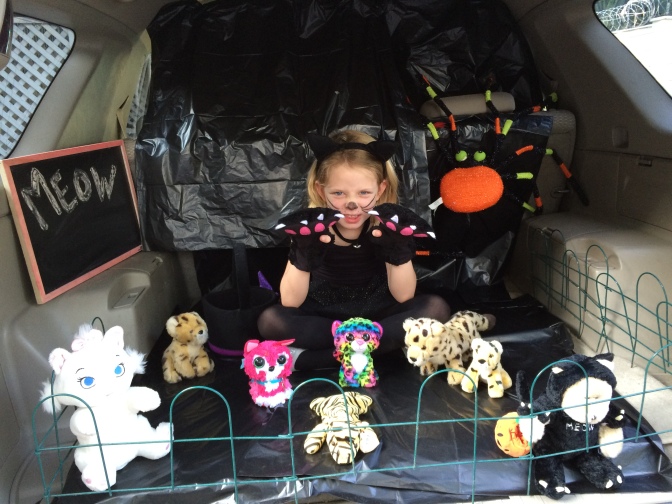 For Thanksgiving we went to Paris. We had a long weekend, we found cheap(ish) flights and we needed the miles to boost us to the next level (hey, we’re going to be living in Australia we need all the miles and status we can get for those long haul flights!) so why not! 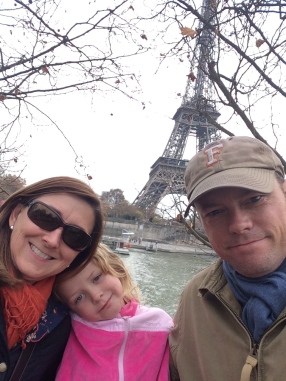 Back in Congo we FINALLY made it to Lac de ma Vallee. It’s about an hour outside Kinshasa, but it’s like a whole different planet. We had a lovely walk around the lake and then clearly we had to try out the novelty paddle boats. They’re funny to look at, but darn they are hard work! 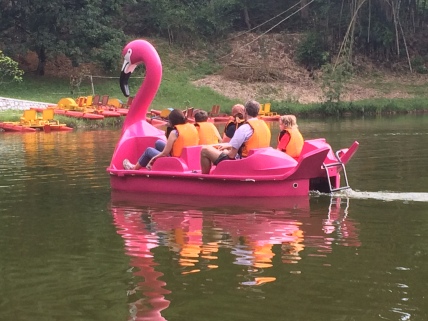 The only problem with this kind of adventure is that is comes at a price: insane traffic. On our way there we arrived at an intersection outside of the city at, apparently, the exact time that school, work and who knows what else got out.

There are no lights or any other mechanism for controlling traffic so it is a full on free for all. At one point I turned to B and said, “So what happens if we are really stuck here? Do the Marines come in with helicopters?” I only got a grimace in response, and no helicopters were necessary, but there were a tense 20 minutes or so when we were literally hemmed in on all sides and couldn’t move a millimetre in any direction.

One gentleman in the crowd took some measure of pity on us and tried to get the traffic coming down the road to our right to stop long enough to let us get by. He gestured and yelled at people in Lingala and it looked like he might be successful. Then I saw him lean over and look behind the van directly in front of us blocking our path forward (through which we couldn’t see what the road ahead looked like).  He turned back to us, shook his head, threw up his hands in the universal symbol of hopelessness and walked away.

About 20 seconds later we understood why – on the other side of the van were four lanes of cars (keeping in mind this is supposed to be a two lane road with one lane going in each direction) coming directly at us. Let’s just say C learned some new words that day.

These Gordion knots of traffic hell are one reason I am comfortable saying I’ve visited Lac de ma Vallee once and I’ll be happy with checking it off the list this once.

Our next adventure was our second – and final – R&R. First, we headed back to Canada for an amazing and VERY snow filled holiday with my family. 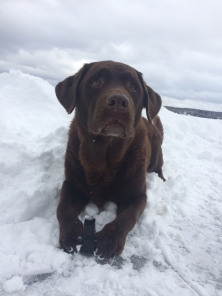 Then we spent a week in the Canary Islands on Tenerife enjoying the amazing water wonderland Siam Park and its “sister” zoo, Loro Parque.

The only sad part of the holiday was having to leave Miller behind in the U.S.  Australian rules on pet importation are brutally strict so Miller had to stay and start his shot and appointment regime in order to leave with us in October (and not spend 6 months in quarantine). Luckily, we have amazing friends who have taken him in and are loving him on our behalf. He has become a wise old uncle to their new puppy, Rosie, and has apparently become a much sprier old man in recent weeks while she keeps him on his toes. 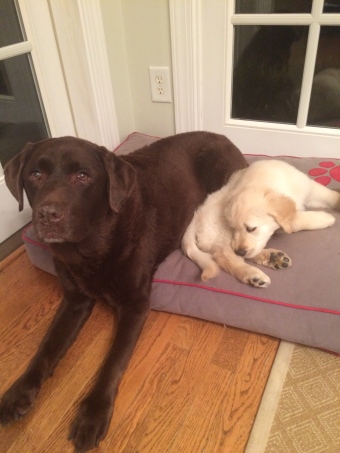 So we are now back in Kinshasa ready to take on the last 5 months in DRC. I still can’t believe we are almost at the end of our tour. I knew two years wasn’t a long time, but in so many ways it has flown by. My promise to myself of not thinking about Canberra before leaving Kinshasa has been almost impossible to keep – not because I want to wish my time away, but because of practicalities like getting C into school and scheduling our time at home over the summer. I feel a little angry at Australia, and am jealously guarding my time in Kin as much as possible, but such are the hardships of moving to a first world country where things run in an orderly fashion and you can’t just show up on the first day of school with cash in hand and expect your child to have a place. 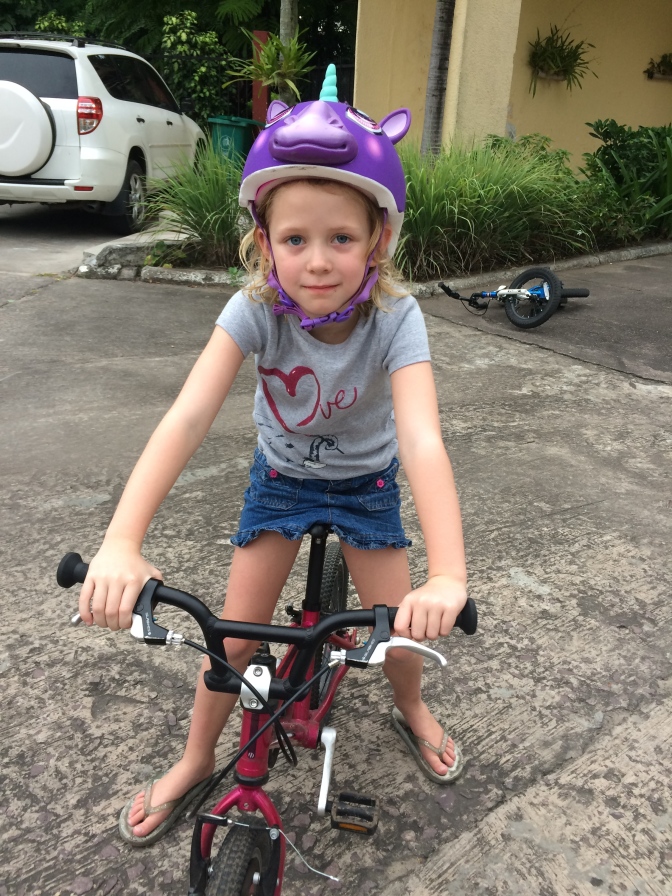