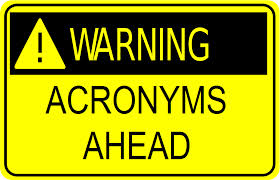 This is the type of sentence I’ve been reading lately as we prepare for our big move:  The USG requires the EL FSO and his EFMs to identify their POV, HHE and UAB to the CDO and AO for CDA this CY for the TDY post at the FSI.

This is my reaction to this type of sentence: Huh?

Translated into English: The United States Government requires the Entry Level Foreign Service Officer and his Eligible Family Members to identify their Personally Owned Vehicle, House Hold Effects and Unaccompanied Air Baggage to the Career Development Officer and Assignment Officer for Career Development and Assignment this Calendar Year for the Temporary Duty post at the Foreign Service Institute.  Phew.

Before we embarked on this FS Odyssey my head was already swimming with the new(ish) language of acronyms on the internet: LOL, BRB, IMO, LMAO, TBH etc… And I thought I was doing pretty well given that my generation’s acronyms were pretty much limited to FYI and BTW.  I have patiently explained to  a woman I know that LOL means “Laugh out Loud” not “Lots of Love,” I pride myself on having some clue as to what my 13 year old niece says in her Facebook posts (though I’m still baffled by the emoticons…) and I deftly use a few of the easier combinations in my own texts.  But the acronyms of the internet are child’s play compared to the acronyms of the U.S.G.  In my view you should get language points for understanding and interpreting half of what is written in the booklets and on the web as you hop on the USG Acronym express to FS land.

There is actually a crib sheet at the Department of State (DOS, or more typically “State”) website.  A 16-page crib sheet.  Check it out here if you are curious (or want to learn a new language…). 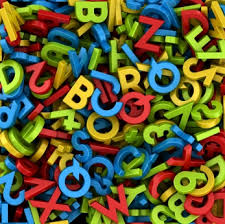 I’ve been a lawyer now for 17+ years and heaven knows we’ve got our own problems with complicated language and wording.  But acronyms are not so widely used.  And they are more about being lazy (saying TRO instead of temporary restraining order) than about inventing a whole new language.  I got all the way through law school without ever hearing the Supreme Court referred to as SCOTUS, but I guarantee every FSO inductee knows what SCOTUS, FLOTUS and POTUS mean.

B, of course, has adapted to the acronym heavy world of the FS like a fish to water.  I swear he often throws out whole sentences like the one I started this post with. I stare at him dumbly when he does this, mentally ticking through what “H” could possibly stand for in the context he has used it in.  I’m sure I’ll get it eventually, but I’m a little worried that before that happens my HHE will end up in the place my UAB is supposed to go.  I’m also going to start a “Glossary of Terms” page on this Blog and I suspect I’ll be referring to it often.

In the meantime, maybe I’ll check to see if the SNAP can help me figure it all out…

One thought on “Acronyms are U.S.(G)”