I’m feeling surprisingly zen about the whole thing.  It’s out of my hands – the decision has, in fact, already been made and, somewhere out there, some State Department employee is putting together a package containing details about the post, the position, the training (language and otherwise) and many other interesting tidbits about our future.

There are definitely places I would prefer to go, and there are places I would prefer not to go, but looking at the bid list (yet again) in a futile attempt to remember which flag has the green star in the middle and which has the gold star (with the same three colors on the rest of the flag) it occurs to me that I’m ok with whatever the flag looks like when they call B’s name.  Frankly, right now I’m more worried about keeping C occupied in a room full of hyped up people for an hour or more (can you say iPad…and grandparents…) than I am about what the fates hold for us.

In the meantime, with two weeks (or less) of A-100 left, the socializing has swung into high gear.  There was a happy hour tonight, there is a Nat’s game tomorrow night, poker on Thursday, ice cream and cake after Flag Day, then drinking into the wee hours after the ice cream and cake. We’ve been to brunches, dinners, pizza parties and Oktoberfest, and it has all been a blast. Someone actually had to start a Google Doc to keep track of all the extra curricular goings-on.  Many of these are not “spouse” events, so I get to stay home while B gets to go and make small talk (happy days for me as I am not such a fan of the small talk).

These are the events where B is supposed to be cultivating his “corridor reputation” – which will, in about 4 years, be important.  After the first two tours, which are considered “directed” – FSO’s are given a limited list of posts to bid on and a group of Career Development Officers make the assignments to those posts – it’s a diplomatic free-for-all.  You get a list of ALL the open posts in the world and you not only bid, you also schmooze, lobby, cajole and, I’m guessing in some cases, beg, for the job and post that you want.  It is for this schmoozing that you need a good reputation.  You want people to like you and want to work with you.

So what better way to make people like you and want to work with you than getting sloshed with them for 6 weeks in a row?  I’m kidding, B hasn’t come home sloshed…much (no, really, I’m kidding…).

The social schedule is a bit overwhelming when you have a 3 year old, a dog and a birthday before 1990.  And add to the FSI social schedule the fact that I have a lot of friends in D.C. who I have been meeting out for lunch (all in the name of business development, thank you very much), and the fact that we’ve been trying to get out and enjoy the city (see trip to Roosevelt Island below) and B and I have been crashing hard at about the same time we put C down every night.  We’ll rally for the rest of the next two weeks though – we’ll all have a lot to talk about next week as things wrap up, since everyone will be able to talk about their actually post, rather than the theoretical one they are hoping for right now.

This A-100 thing has been a blast (and I’m not even really *in* it) and it’s sad to see it coming to an end, but I have a feeling we’ll be making the most out of the last 10 days.  And hopefully, when the flags are shown and the names are called, most people walk away happy and excited and ready to party for the next 6 months…of language training. 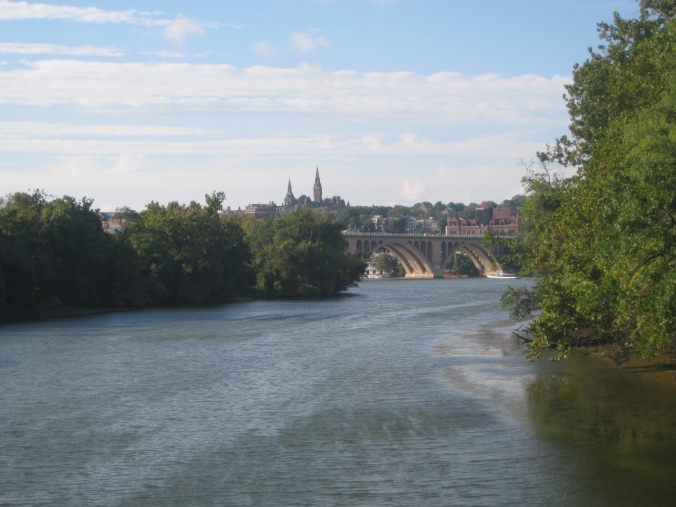